After decades of centralised governance dating back to the colonial era, Kenyans resolved to transition to a system where powers and governance are shared between the centre and the devolved units.

As such, devolution was introduced in Kenya through a new constitutional dispensation, by the promulgation of the Constitution of Kenya 2010 that divided Kenya into 47 counties. Kenya’s devolved system is provided for in Article 1 (3) and (4); Article 6 (1) and (2); Chapter Eleven and in the First, Fourth and Section 15 of the Sixth Schedules.

Devolution is a “system of multilevel government under which the Constitution creates two distinct and interdependent levels of government – the national and the county – that are required to carry out their mutual relations in a consultative and cooperative manner.” County governments have been argued as being “relatively autonomous and coordinate” rather than subordinate to the national government.

The Constitution of Kenya 2010, specifically through Article 174 and Article 175 that set out the objects and principles of devolution respectively, there are key statutes that guide the national and county governments in enabling devolved governance.

The operationalisation of the county governments commenced following the March 2013 general elections. For the first time, county governors, deputy governors, senators and county women representatives were elected. These 47 new county governments preside over devolved functions such as the provision of health care, pre-primary education, and maintenance of local roads, which were previously the responsibility of the national government.

Transition to county governance and implementation of devolution required the building of new institutions, abandonment or restructuring of some of the old institutions, and shifting of roles, responsibilities, and accompanying resources between the two levels of government. Furthermore, it required not only a change in structures and systems but also a change in governance culture by adopting a culture that is compatible with the Constitution.

To achieve this, the Constitution provided for a three-year transition period after the March 2013 general election to put in place the appropriate legal, policy, and institutional measures to facilitate the implementation of devolved governance. The principle of devolution involves shared governance at the national level and self-governance at the devolved level.

The Ministry of Devolution

This is a province of the national government and plays a critical role in policy formulation. The State Department for Devolution (SDD) draws its mandate from Articles 6, 10 and Chapter 11 of the Constitution of Kenya; the Executive Order No. 1 of June 2018 (Revised) and the various Acts under which devolution is implemented including the Intergovernmental Relations Act, 2012, County Governments Act, 2012, Urban Areas and Cities Act 2011, and Public Finance Management Act 2012.

The approval of the Devolution Policy by the Cabinet in October 2016 was particularly significant. The policy is founded on the sovereignty of the people of Kenya, the supremacy of the Constitution, national values and principles of governance, the Bill of Rights, the objects of devolution and the principles of devolved governments.

The Council of Governors (CoG)

Section 19 of the Intergovernmental Relations Act 2012 establishes the Council of Governors. Its mandate is to facilitate consultations amongst county governments, sharing of information on the performance of the counties in the execution of their functions with the objective of learning and promotion of best practice and where necessary, initiating preventive or corrective action.

Also, considering matters of common interest to counties, dispute resolution between counties, facilitating capacity building for governors, receiving reports and monitoring the implementation of inter-county agreements on inter-county projects, among others. The CoG was formally constituted in March 2013 and currently has 12 sectoral committees and four support units to guide its operations.

The Senate’s overall function is to protect the interests of the counties and their governments. Article 96 articulates its role in making law, and determining the allocation of national revenue among counties; Article 217 overseeing national revenue allocated to county governments, while Article 145 and 150(2) in considering and determining any resolution to impeach the President and Deputy President, Speaker and Deputy Speaker of the Senate and Governors.

The Constitution further gives Parliament budgetary oversight powers. Allocation of national revenue is a critical role played by the Senate, in ensuring adequate resources for the functioning of county governments. This role focuses on the division of revenue between the national and county governments. Article 217(1) mandates the Senate to determine, by resolution, the basis for allocating the share of national revenue that is allocated annually to the county level of government.

The Office of the Controller of Budget (OCoB) is an independent office established under Article 228 of the Constitution of Kenya mandated to oversee implementation of the budgets of the national and county governments by authorizing a withdrawal from public funds under Articles 204, 206 and 207.

Every four months, the Office is required to submit to each House of Parliament a report on the implementation of the budgets of the national and county governments. It is also required to prepare, publish and publicize statutory reports, conduct investigations and conduct alternative resolution mechanisms to resolve disputes.

According to the 2019 State of Devolution Address , in the period between 2018 and 2019, county governments made significant strides in sustaining devolution gains across various functions.

The Commission on Revenue Allocation (CRA) is an independent Commission defined in Articles 215 and 216 of the Constitution of Kenya 2010, mandated to recommend the basis for equitable sharing of revenues and financial management of both the national government and county governments. Additionally, under Article 216(4) it determines, publishes and regularly review a policy setting out the criteria to identify marginalized areas for purposes of Article 204(2)[12].

Article 176 (Chapter Eleven) establishes county governments consisting of a County Assembly and a County Executive. The major role of the members of the County Assembly in Kenya is legislation, representation, and oversight.

Sadly, it continues to emerge that County Assemblies are merely used to rubber-stamp the decisions of the County Executive. The aspired independence and strong oversight role are not playing out as desired by the people.

The county budget and economic forum

The Public Finance Management Act, 2012 establishes the County Budget and Economic Forum to provide a platform for consultation by the county government on the preparation of county plans, the County Fiscal Strategy Paper and the Budget Review and Outlook Paper for the County.

This forum also discusses matters related to budgeting, the economy, and financial management at the county level. The membership of this important consultative body is drawn from organizations representing professionals, business, labour issues, women, persons with disabilities, and the elderly and faith-based groups at the county level.

Inadequate and delay in disbursement of funds

This is one challenge that is experienced across the board by all 47 counties. The shortage of funds in counties has primarily been caused by the insufficient allocation of money from the national government. Additionally, the allocation of funds is more often delayed and irregular which greatly cripples the ability of the county governments to run and provide essential services.

Duplication of roles and a bloated workforce

This has resulted in conflicts between the two levels of government in the performance of roles since both employ workers who end up performing similar roles. Such overlaps are solely responsible for the inflated wage bill. There is a very thin line between some of the offices at the national level. This is a challenge in maintaining checks and balances of the county executive by the county assembly.

Unnecessary interference by the national government

The general citizenry has not been involved fully in public participation in the counties. For instance, Makueni County was almost dissolved, as the public was not involved in the budgetary allocation process. The County Assembly passed unconstitutional bills including the Makueni County wards development funds that allowed the leader of the majority to determine the amount to be awarded to each ward. This was

The court in some instances has nullified some of these laws due to unconstitutionality and inconsistency in the processes. For instance, the Kiambu Finance Act was nullified for lack of public participation.

Gaps in law and absence of relevant policies

Currently, a governor leads the County Government of Nairobi without a deputy following resignation. The law is not clear on what should happen in such a situation thus becoming a challenge.

Public participation be enhanced as per Article 174 (c)

The counties should prioritize involving their population on any issue before taking a stand. It matters not whether the matter is trivial. The gatherings should also be made in open common ground and not segregated hotels, as was the case with Kiambu County. Enhancement of people participation in affairs and determination of their destiny in county governments will facilitate openness hence curbing corruption.

The county governments should develop innovative ideas to generate revenue to boost their annual allocations. The county assemblies should also enact laws that promote mobilisation of local resources and revenue collection to boost its income to meet the expectation of the people.

Embracing public-private partnerships and sustainable borrowing could be options to assist them in implementing county development plans. Counties can borrow from Machakos where social amenities such as the people’s park charges entry fees.

Coordination between the two levels of government

Need to define the role of deputy governor and appointment in case of vacancy.

Article 180 of the CoK 2010 and the County Government Act, 2012 should be amended to provide for clear roles for the Deputy Governor. This will cure the anomalies and political tussles as witnessed in the case of the Nairobi County Government.

Key enabling organs of devolution such as the Summit and IEBC should be strengthened and released from the grip of the national government. Currently, only the President can call for a Summit meeting at his pleasure. This leaves the Council of Governors compromised and weakened.

The existing institutions that enable devolution in Kenya continue to demonstrate their functionality, even though their roles can be perfected. The policy and legal framework provide for fundamental institutions that enable the wheels of devolved governance to work effectively in Kenya. The uncompromising execution of mandates by those institutions is the answer to the various hiccups in devolved governance in Kenya. Further, there is a need for sufficient political goodwill at the National and County levels, because that removes unnecessary bottlenecks. 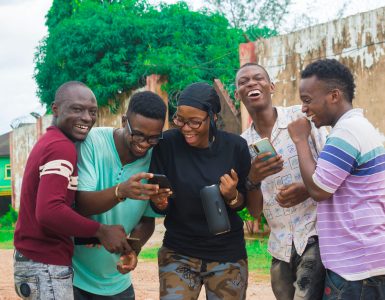 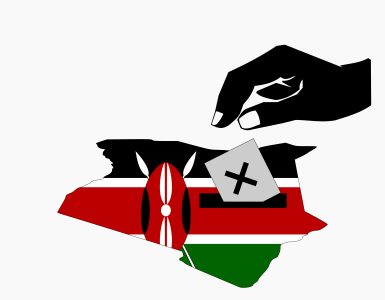 By Javas Bigambo Elections have a natural way of disrupting the status quo, especially when the people’s will is respected and sealed through new social contracts for governance. Democracy is sustained through... 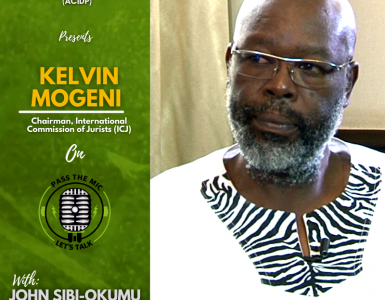