Kenya strives to eliminate poverty and ensure access to sufficient, safe and nutritious food by all people at all times. And as though heeding to the biblical King Solomon’s wisdom of starting children off in the right way such that they do not deviate when they are old, the return of the 4K club policy is timely, especially for food and nutritional security.

In the 1980s and 90s, the club, entrenched in the curriculum, emphasised the importance of agriculture and encouraged young people to engage in it. The motto, Kuungana, Kufanya, Kusaidia Kenya (the 4Ks), which translates to coming together, to act, to help Kenya, stood out as pure patriotism.

However, with time, the club became defunct. But with the renewed emphasis on food security and agriculture being part of President Uhuru Kenyatta’s big four agenda, on 4th June 2021, the President re-launched the 4K clubs.

The initiative, coordinated by the Ministry of Agriculture, Livestock, Fisheries and Cooperatives, prioritises the youth as the next generation to drive agriculture and food security in Kenya. It aims to generate awareness and inculcate a positive mindset towards agriculture among school-going children and equip them with skills to engage fully in agri-business.

With the global theme of building resilience through hope in the just ended 76th session of the United Nations General Assembly (UNGA), the reintroduction of the 4K clubs is a novel idea, significantly to change attitudes among young people on their involvement in the agri-food sector.

In her message to the UNGA, Dr Agnes Kalibata, UN special envoy on Food Systems, indicated that the UN Food System Summit process achieved an irreversible change of mindset through dialogues. There is a need to follow this up with continuous re-education, and the 4k clubs will be a crucial platform to nurture food security-conscious citizens.

Given the new understanding of food security as an interconnection of different determinants, the decision to revitalise the 4k clubs to enhance food, agriculture and nutrition knowledge is noble.

For instance, with the improvement of Information and Communication Technology (ICT), having children acquainted with new technology and food production and consumption processes is critical. This is particularly important for the generational transition since research shows that the average age of a Kenyan farmer is 60 years.

Further, the nutritional education embedded in the 4k club programme would raise awareness of healthy living. It is noteworthy that there is a considerable health burden occasioned by consuming unhealthy food. This burden is causing unfathomable loss of time and human resources through death occasioned by non-communicable diseases and sickness.

Therefore, since good food is one of the critical elements in developing human capital and the economy, the success of the 4K club program must be given utmost priority.

However, the success of the 4K club policy depends on the food systems governance. According to UNFSS Policy Brief, food governance is a process where negotiation, implementation and evaluation of priorities are undertaken while building a shared understanding, synergies and trade-offs. Indeed, the 4K club policy will require multiple actors and actions.

Consequently, the continuity and sustainability of the 4K club programme must be assured. It is worth noting that we are a few months shy of the next general election, which will see another regime with different policy priorities taking over the country’s reigns. For this reason, there is a need to establish a strong foundation for this programme to ensure its future existence.

The best way to ensure the existence of the 4K clubs beyond the current administration will be through institutionalisation. Reviewing and integrating institutional frameworks would act as a buffer for the 4K club policies. For instance, implementation of the 4K clubs could be made mandatory instead of the current voluntary nature. In addition, reviewing the teachers’ curriculum training colleges to build the capacity of more teachers is necessary.

The review of land policies could be another critical plank for successfully implementing the 4K club programme. With the rapidly increasing population, there could be a need to consider the aggregation of land adjacent to schools to support the program. This could offer needed land for the development of the project.

Innovative financing mechanisms must be identified to fund the 4K club programmes. Besides government support, effort must be made to raise resources from different partners, especially those pledged during the UNFSS summit, such as the 10 billion dollars from the US government seeking to fund the food systems transformation for the next ten years. Intense lobbying must be carried out locally and internationally for this resource mobilisation effort to succeed.

Lastly, new technology could also boost the 4K club initiative in schools in urban centres with scarce land. For instance, the kitchen garden concept and vertical farming could better implement the projects.

It, therefore, behoves the government to realign its international commitment and obligation with food systems transformation principles with a view of setting up efficient and effective food system policies such as 4K clubs to benefit posterity. 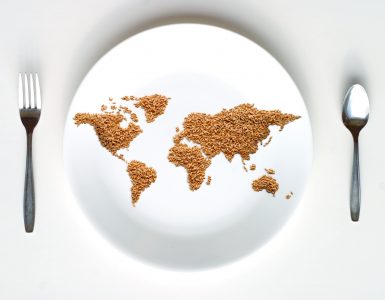 By Dr Elizabeth Kimani-Murage Just a decade to 2030, in September 2019, the United Nations (UN) Secretary General called for a decade of action to ensure transformations needed to meet the UN sustainable development... 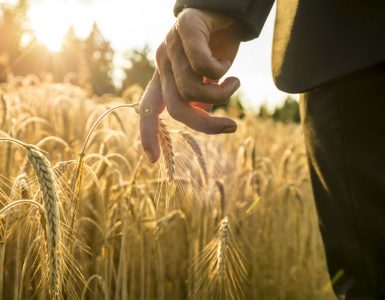 By Shadrack Agaki Economic development is centred on the harmonious relationship between different sectors and the actors involved. Diplomacy, on its part, seeks to foster the collective pursuit of shared interests and...