The hope of the international community (AU, UN, America, and Europe) is that the experience of the electoral politics will somehow result in the changes of the former rebels so that they can move away from militaristic and corrupt practices that characterize their previous activities and accept a new democratic culture- Chris Melville, Global Insight, quoted in Menezes 2005.

From 1994 to 2010, President Paul Kagame of Rwanda was hailed for successfully transitioning from a warlord to a democrat. The Financial Times and the Time Magazine named him one of the new millennium’s fifty most influential persons. He had transformed a nation devastated by genocide into a showcase of post-conflict reconstruction.

In the Apotheosis of Warlord: Paul Kagame, Lars Waldorf (2017) opines that politicians, religious leaders, and journalists championed his visionary and moral rectitude. Because of Kagame’s growing influence, donors and people in business rewarded his stewardship and expansion of the economy with a large infusion of aid and investments to Rwanda.

However, over time, Kagame, the transformed warlord-cum-statesman, and a tolerant leader willing to learn from his opponents converted to an autocrat, overseer of human rights abuses, and intolerant to divergent political views.

In a 20th November 2020 article titled, The Top Secret Testimonies That Implicate Rwanda’s President in War Crimes, The Mail & Guardian reported that for years, UN investigators secretly compiled evidence that implicated Rwanda President Paul Kagame and other high profile officials in mass killings before, during, and after the 1994 genocide.

The publication further expounded that witness accounts by Tutsi soldiers who broke ranks with the regime contradicted the popular narrative about the country’s brutal descent into violence, which earlier depicted Kagame and his Rwandan Patriotic Front (RPF) as the country’s saviour.

According to Anders Themner, 2017, the advent of the post-war democratization in Africa in the past 25 years has seen an increase in warlord democrats’ (WDs), former military or political leaders of armed groups participating in the electoral politics in many countries in Africa. Moreover, with the international community and African Union insisting that elections are the ‘only game in town,’ former rebel leaders taking part in the electoral process are frequent.

The African Union Master Roadmap 2016 on practical steps to silencing the guns by 2020 has outlined that free, fair, and credible elections periodically renew political leadership from time to entrench democratic governance.

This article, seeks to demonstrate that with the participation of former rebels in the electoral process, elections are no longer a haven for the post-war transition to democracy but a battlefield of ‘Big’ men and seldom women who deploy wartime techniques to cut an edge over their opponents thus insecurity in post-war recovery.

The power and influence of former military leaders is partly a function of their ability to set up illicit economic networks- used to engage in racketeering, smuggle arms, peddle drugs and valuable natural resources, and plunder goods services that can finance their political activities. They habitually seek to convert their military exploits during the war into material security while seeking political office to consolidate power.

Additionally, experience has shown that it is often necessary for ‘Big’ men to incorporate criminal elements within their networks. Lacking such connections means that these elites risk forfeiting incomes generated from illicit enterprises, a significant funding source in many developing countries.

Rather than elections being an ideal process and a rationale for participating in politics, to the warlord, elections have become a haven for protecting and expanding criminal enterprises to gaining access to state and government official structures.

Legacies of continued hostilities and gross violation of human rights

Civil war military leaders’ attributes do not end in combat, but it is a common feature that such characteristics continue to be exhibited after the cessation of hostilities.

It reported that Uganda’s government introduced a series of restrictions measures against other presidential contenders while relaxing the same standards on the NRM’s candidature. For example, President Yoweri Museveni operationalized the archaic colonial-era rule ‘Habitual Criminals (Preventive Detention) Act of 1951, which allows for the incarceration of anyone suspected of committing a crime before it is done.

Under the same law, on 3rd November 2020, Robert Kyagulanyi alias Bobi Wine was arrested after presenting his presidential credentials to Uganda’s electoral commission on the allegations of planning an illegal procession without the police approval and that his political rally threatens domestic tranquillity.

Besides, the President also invoked the controversial Communications Act meant for blocking over 200 privately owned radio stations from airing the elections campaigns proceedings in Uganda. The existence and performance of the media, civil society organizations, the Judiciary’s independence, and other public institutions in Uganda were under threat due to NRM’s brutality in the run-up to the elections.

The incumbent Yoweri Museveni (former warlord) participation in the Ugandan electoral process impedes the ability to hold genuine domestic elections. Additionally, the NRM justification of the use of violence and intimidation against the political opponents cast aspersions on the credibility of the elections and whether it provided a platform for the competition of ideologies.

Transforming the rebel or liberation movements into electoral parties

The Rwandan genocide of 1994 was the making of Paul Kagame and the Rwandan Patriotic Front Liberation movement with a military base in Uganda. The RPFs army victory in July 1994 ended the genocide, and by the time the war ended, at least half a million Tutsis and thousands of Hutus had been slaughtered.

Kagame’s difficulty and almost impossible transformation from a rebel to a statesman parallels similar shifts in the RPF from the liberation movement to a democratic ruling party. The RPF has not completely transformed into a democratic political outfit since it resembles an army that previously deployed guerilla tactics to fight for liberation.

Additionally, there are fundamental similarities between the Rwandan Patriotic Front and other insurgencies in the region namely the Tigray Peoples Liberation Front (TPLF) in Ethiopia, Uganda’s National Resistance Movement (NRM), and the South Sudan People’s Liberation Movement (SPLM).

According to Clapham (1998), all these liberation movements cannot successfully be transformed into democratic political parties for the lack of discipline, effectiveness, and inclusivity in building their respective post-war on the national building’s conflict agenda.

The European Observer Mission (EOM) will not be present in Uganda for the elections in January 2021. Attilio Pacifici, EU ambassador, and the head of the delegation to Uganda told Reuters in an email dated 17th December 2020. He attributed this to the continued human rights abuse undertaken by NRM during the ongoing campaigns for elections.

Critically, according to EU 2018 report, the country implemented none of the 30 recommendations made by the observer mission sent to monitor the last election in 2016. The proposals included reforms to make the poll body more independent, eliminating excessive use of force by armed forces, and more transparency in vote tallying.

President Yoweri Museveni’s government’s blatant refusal to implement some of the recommendations proposed by the EU 2018 reports is a clear pointer that former generals, warlords, and rebel leaders cannot uphold the ideals of democracy, transparency, and credibility in political campaigns and elections.

While the international community (AU, UN, America, and Europe) hopes that the experience of the electoral politics will somehow result in the changes of the former rebels from militaristic and corrupt practices, on the contrary, elections have become a haven and a theatre where former warlords further promote criminal enterprise, fronts for massive abuse of human rights and weaponizing political parties.

With belligerence in the electoral process, the African Union Road Map 2016 and the principle for free, fair, and credible elections periodically to renew political leadership are no longer tenable. Therefore, it is recommendable that the Africa Union invokes further strong measures to safeguard and restore democracy and credibility in electoral participation by blocking former warlords, rebels, and military leaders from participating in elections. 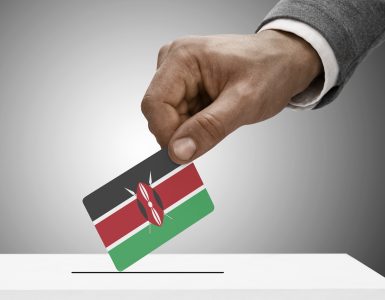