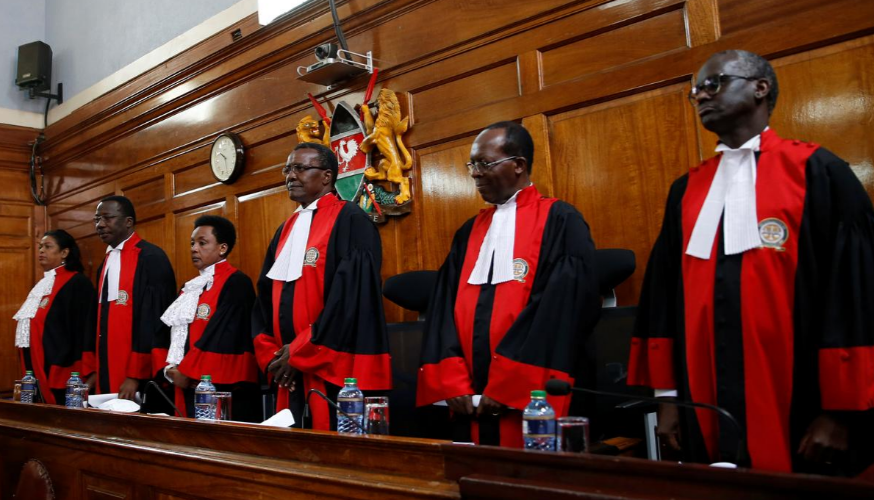 When retired Chief Justice (CJ) Willy Mutunga took over the helm of the Judiciary in 2011, he remarked that he found a Judiciary that was designed to fail: so frail in its structures; so thin on resources; so low on its confidence; so deficient in integrity; so weak in its public support that to have expected it to deliver justice was to be wildly optimistic.

This was the Judiciary four-year reform blue print that was implemented between 2012 – 2016, and based on four critical pillars: people focused delivery of service; transformative leadership, organization culture and professional, motivated staff; adequate financial resources and physical infrastructure; and harnessing technology as an enabler for Justice.

Some of these have informed the legacies of retired CJ Mutunga and outgoing CJ David Maraga. The next CJ will definitely have to build on this and take the judiciary to the next level of operations.

Among the first steps taken by the Judicial Service Commission under retired CJ Mutunga’s chairmanship was to foster new organizational culture and to increase the professional capacity of the human resource force within the institution. This saw an increased recruitment of judges of the Court of Appeal and the High Court, recruitment of the judges of the specialized courts, and magistrates.

In addition, new positions of legal researchers and law clerks were established and filled. To improve the institutional culture, judges, magistrates and staff were all trained on aspects of the Transformation Framework, which helped clarify responsibilities and increase buy in on the reforms.

It is also under the former CJ that the judiciary budget was increased. A portion of this financial outlay improved the judicial staffs’ salaries, benefits and welfare. On capacity building, judges, judicial officers and staff got access to more training at the Judiciary Training Institute, to secure a more motivated and professional work force that could deliver on the constitutional guarantee of access to justice.

CJ Mutunga will also be remembered for his attempts at making the judiciary more humane and accessible. As part of the transformation framework, initiatives to secure access to justice were more people- focused than before. Customer care desks were established in court stations across the country to address queries from the public. The different courts also developed and widely disseminated registry manuals that explained administrative processes to the public.

In addition, in a bid to become more accessible in poise, Mutunga directed that the customary robes and wigs, often worn during appearances in superior courts of records would no longer be part of the court dress code. However, this was reverted by the current CJ.

Justice Maraga took over the helm of the Judiciary in 2016, building on the work that had been laid by his predecessor. Sustaining the transformation framework, he focused on enhanced service delivery and institutional accountability.

He embarked on improving access to justice in two ways. First, was increasing the physical footprint of courts by prioritizing the construction of more courts at county level to ensure that each county has a high court station. As at October 2020, only five counties were pending. He also operationalized at least twenty new magistrates’ courts, firmly securing physical access to courtrooms.

The second aspect was to entrench alternative forms of dispute resolution through the court annexed mediation programme and the launch of the alternative justice systems policy on 27th August 2020.

The court annexed mediation programme was first launched in 2016 in the Family and Commercial & Tax Divisions of the High Court of Kenya in Nairobi and has since extended to court stations almost country wide. The impact has been immense, as it has diverted some cases from the mainstream court processes, which, as is widely known, have been plagued by a high case backlog.

Perhaps, the biggest feather in CJ Maraga’s cap, are the strides made in harnessing technology to improve service delivery in the judiciary. As part of the commercial court justice sector reforms, court processes have been automated. An e-filing system was set up in this division in 2016, and was eventually rolled out to other courts in 2020 during the COVID – 19 pandemic period. This e-filing system shows tremendous promise in simplifying filing and service process of court documents.

Away from administrative matters, both CJs left an indelible mark on the country’s jurisprudence. In dissenting the question of the enforcement of the one-third-gender rule, Mutungarecognized the role of the Supreme Court in developing progressive and indigenous jurisprudence. He urged Parliament to secure substantive equality by ensuring the immediate enactment of legislation that respecting women’s political rights.

On his part, CJ Maraga has repeatedly called on the respect for the rule of law, and led in the decision that annulled the presidential election of 2017, holding that the IEBC failed in its constitutional duty to hold a verifiable election.

Unfortunately, during CJ Maraga’s tenure understaffing of the Judiciary and a declining budget allocation has been witnessed, and this has dramatically and negatively affected the ability of the judiciary to provide services to all Kenyans.

As the Judicial Service Commission readies to recruit the next CJ and President of the Supreme Court, the incoming will have to swiftly figure out how to address four critical areas that will shape their legacy.

First, is securing judicial independence. In any constitutional democracy including ours, the judiciary has a role to play in checking the exercise of power of the two other arms of government, the executive and parliament. This is naturally bound to create a healthy tension between the two arms of government as they undertake their constitutional duties, and the CJ would need to implore negotiation and persuasion to ensure that the judiciary is able to deliver on its constitutional promise to administer justice to all.

Secondly, is on access to justice. The CJ ought to ensure that Kenyans from all walks of life have increased access to justice, both through the formal and alternative justice dispute resolution mechanisms. This means addressing the hurdles by the e-filing system, rigorous implementation of the alternative justice system policy, ensuring sufficient workforce that is well trained, motivated and functioning will be critical if the CJ is to build their predecessors’ initiatives.

Thirdly, to successfully address the two critical hurdles of independence and facilitating access to justice will require resources. The CJ will have to jump this hurdle by adeptly navigating conversations with the Executive and Parliament to ensure the Judiciary does not face further budget cuts, as this will hamper the growth of the judiciary.

Fourthly, in addition to this effort, increased partnership with development partners, civil society organizations and UN agencies is an option that the succeeding CJ cannot and should not ignore if the judiciary is to supplement the much-needed resources that the Judiciary requires to be a stellar institution.

As a legal mind and president of the apex court on constitutional interpretation, the CJ is expected to ensure that he makes progressive and indigenous jurisprudence that fits the Kenyan context.

Immediately after the enactment of the Constitution of Kenya 2010, strong jurisprudence was made in the area of socio-economic rights. However, as we have seen in the recent past, there is little or no enforcement of these progressive judgments by the courts.

There is an urgent need to continue with the progress made in this area, particularly with the question of socio-economic rights, where the most marginalized and vulnerable in society are yet to feel the effect of court judgments and benefit from the provisions of Article 43 of the Constitution. 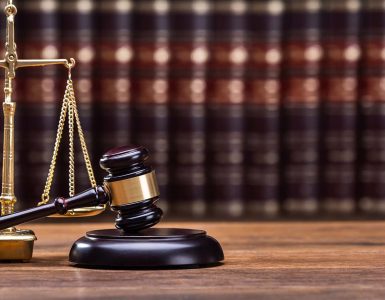